The MONTANE® Lakeland 100 / 50 is a formidable race – the toughest in the UK. But it’s not all about the competitors, although we at MONTANE® take our hats off to their true heroism on the course.

It’s also about everything that goes on behind the scenes to make it run like a well-oiled machine. Volunteers and marshals, logistics, organisers as well as competitors must come together to work seamlessly. This year was no exception and the weekend ran with few hitches. So we thought we’d show you the ‘other side’ of the MONTANE® Lakeland 100 / 50 by going behind the scenes at the MONTANE® run Kentmere checkpoint with Jo Allen, Marketing Officer / Smoothie maker.

The Kentmere checkpoint is number 11 of 15 on the course at approximately 82 miles in to the ML100 race; 27 miles in to the ML50 race. It’s set in Kentmere’s village hall and we do our best to make it as much of a motivation station we can for all those passing through, with pumping tunes, smoothies, lots of food and drink and this year, a few extra touches, like the ‘Legend’ signs.

A record number of MONTANE® staff members, friends and family volunteered to help out this year – when 800 or so people are hurtling towards your checkpoint at once it’s more than a little daunting, so their help was extremely appreciated.

The ML100 race kicked off at 5.30pm on the Friday and the first competitors weren’t expected through our doors until around 10.20am on the Saturday morning. We began our set-up early on Saturday morning and it’s a good thing we did – ML100 race winner, Terry Conway, was absolutely flying! He arrived with us a whopping hour and a half earlier than anticipated at 08.54 (he went on to smash his own record from last year, becoming the first person to run the ML100 in under 20 hours). He was in and out of our checkpoint like a flash, stopping to grab a drink and refill his water bottle. And so it began…

Terry Conway ran the MONTANE® Lakeland 100 in under 20 hours, smashing his own record from 2011.- Fotocredit © Martin Hartley

Race competitors trickled in over the course of the morning for the ML100 event – Paul Tierney, Barry Murray, Ed Batty, Ian Symington, Stuart Mills…- each looking extremely focused and determined. Working hard, sweating hard and pushing themselves to the absolute limit. Legends, all of them. It was mid-morning that we were joined by our first physio, Cheryl, who was to take care of all those muscular aches and pains. It wasn’t long before she was put to the test – a young athlete staggered into the checkpoint with severe leg cramp, barely able to walk. One sports massage later and he decided to pull out for fear of doing more damage on the rocky Lakeland trails. Later she would be relieved by Ryan, who was on the late shift, along with race doctor, Simon.

It’s worth mentioning at this point that although there is normally a black hole of phone and internet reception at Kentmere, we were actually very well connected up. A member of the Sport Ident team had set up a computer station allowing us to track competitors. We could see how many racers were approaching us, how long they were taking between checkpoints, even their names. This was totally invaluable and allowed us to prepare for the inevitable rush. An outside phone line had also been set up through a nearby Kentmere cottage and we had use of a satellite phone, giving us full contact with the race HQ in Coniston.

Meanwhile, the ‘trickle’ of competitors gradually increased. Ever multiplying numbers of ultra athletes asking for pasta (with and without sauce), squash, water, smoothies, rice pudding, cake, biscuits, tea, coffee…We hadn’t previously decided who would do what around the checkpoint, but everyone naturally picked up a different task: Ross was in the kitchen cooking up mountains of pasta and rice pudding; Lottie was the link between the kitchen and the hall, serving up aforementioned pasta and rice pudding; Helen, the knowledgeable smiling face welcoming everyone, bringing each person some form of liquid; Paul C was on the dib station; Paul V was on food and liquid restocking; Pete, mixing the energy drinks; and myself on the smoothies, strawberry hulling and fruit preparation (one raspberry for the smoothie machine, one for me…).

During the morning and early afternoon, everyone that had come through had been a ML100 race competitor. At 12.00, the ML50 race started at the Dalemain Estate. We wondered how long it would take until the first ML50 competitor would reach us. Answer: not long. Steve Angus stormed through at 16.06. The ML50 racers weren’t as strung out as the ML100 guys, so not 10 minutes after Steve, the floodgates opened and racer after racer dibbed in – Jeff McQueen, Matty Brennan, Tracy Dean…More legends.

This heralded the start of the ‘rush hour’, or perhaps more appropriately, the ‘rush hours’ at Kentmere. It was all hands on deck and we all cracked on in our own rhythms. Mine went something like this – banana, honey, strawberries, blueberries, raspberries, juice, **blend**, banana, honey, strawberries, “yes, no problem to have a banana!”, blueberries…

Before we realised, it was about 22.00 and the rush hour had passed on to the next checkpoint at Ambleside. This actually came as a bit of a shock to the system! We had all been so busy that we weren’t quite sure what to do next. I decided to take some time out and chat to those who had unfortunately been forced to pull out. I’d seen a couple of dogs come though the checkpoint with their runners and one of them was still there. Otto the husky and owner Jonathan Fletcher. Jonathan had had to retire at Kentmere and it soon became apparent that Otto was not best impressed with this! Looking for all the world as if his most precious dream had been ripped away from him, his head was down on the bench in utter resignation. But all was not lost. Jonathan later told me that he had a full schedule of races planned in for them both, all over Europe over the coming months.

With the tail end of the race at Kentmere and the time ticking towards midnight, we took extra care with those coming in, checking for signs of dehydration, lack of energy, muscular or other physical pains. Physio Ryan and race doctor Simon were absolutely wonderful and worked tirelessly, going above and beyond what was needed.

With the race well and truly in the history books for ever faster race times, we’re firmly looking forward to next year. Are you?

In 2012 the MONTANE® Lakeland 100 and 50 became the leading British ultra and now stands on a stage amongst the world’s leading trail races. The race sold out in 10 days with over 900 entries and a further 300 on a waiting list. The race was capped to allow the logistics of the race to grow with the amount of competitors; the organisers are now confident to grow the race numbers again for next year.

Held over the weekend of July 27th – July 29th, the Coniston race HQ at the start felt like an Ultra Trail festival as crowds of competitors registered and readied themselves for either 100 miles or 50 miles of Lakeland Trails whilst hundreds of friends and families huddled around wishing everyone luck. The ML100 starts and begins in Coniston, running 105 miles in a clockwise loop through the whole of the Lake District. The ML50 begins in Dalemain near Penrith and completes the second half of the course.

The ML100 began at Friday 5:30pm andwas fast from the outset as competitors whipped through the streets of Coniston and up onto the fells. Meanwhile 150 marshals readied themselves across the vast course at the 15 checkpoints. The ML50 began at Dalemain estate at 12pm the following day as 600 competitors stretched out into a mile long pack and snaked around the field and up onto the fells.

The ML100 race record was smashed, with Terry Conway destroying his own record by two hours clocking in 19 hours and 50 minutes. Yes that’s right, 19:50 to run 100 miles and 6,300m of ascent – stick that in your Olympic pipe and smoke it.

Terry was followed two hours later by Paul Tierney and Barry Murray, who crossed the line together in 2nd and 3rd. Rachel Hill took ladies’ first place in the ML100 with an amazing 28:47 and Catherine Holloway finished 2nd. 3rd place was taken jointly by Nicky Taylor, Julie Gardner and Angela Armstrong. Steve Angus became the legendary winner of the ML50 with 8:30 with Grant Macdonald and Matty Brennan closely following. The women’s ML50 was won by Tracy Dean with 8:38 beating Annie Conway by three minutes and Lizzie Wrath came through in 3rd.

Right through Saturday and Sunday morning competitors, all legends themselves, heroically twisted, climbed, scrambled and flew around the course. Determination, grit and sweat were the order of the weekend and marshals, spectators and organisers were constantly blown away by the effort and focus of the racers.

The MONTANE® Lakeland 100 & 50 is now a classic British race and with the eyes of the trail running world now upon it 2013 looks sets to extremely interesting indeed. 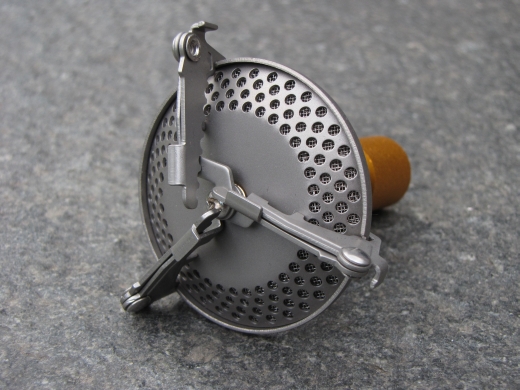 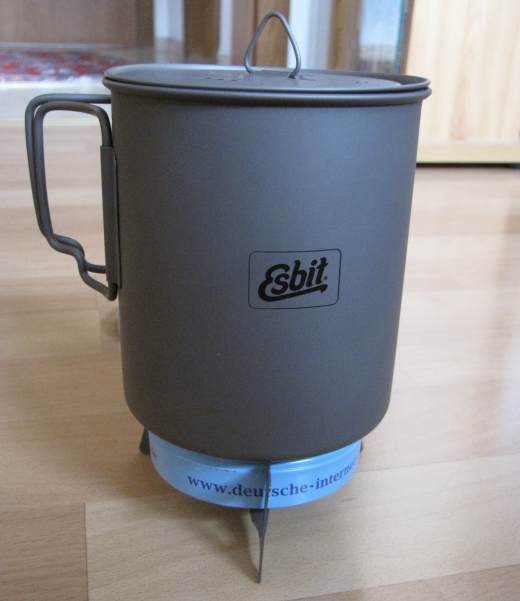 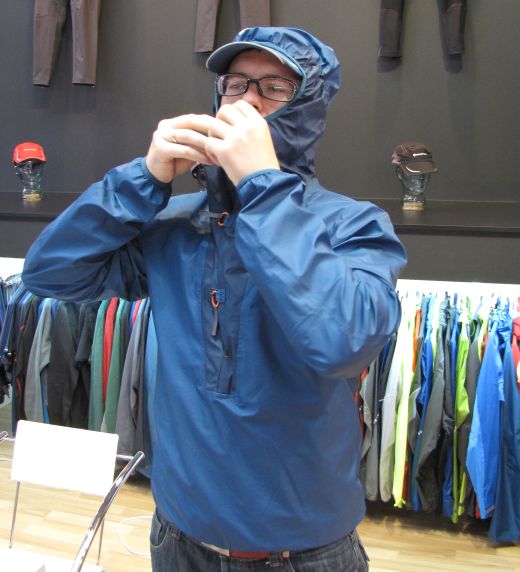 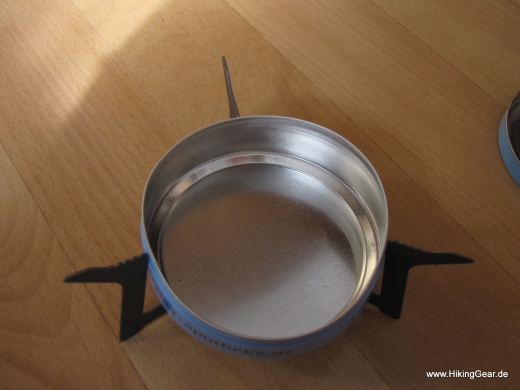